Your Move I is a story of espionage, murder, and convenient alliances. The novel is set in an equestrian village northwest of Chicago. An investigative reporter walking with her yellow Labrador retriever unearths a payoff file that implicates the male icons in her family. Conflicted, she spends three days ignoring her journalistic standards.

“tis an ill cook who cannot lick his own fingers.”

Patricia Shaver is much more than the heiress to a banking fortune. Aside from writing documentary-style articles that call attention to social injustices, she uses her billion-dollar charitable foundation to level the playing field.

To her, identifying good and evil is a cut and dried process, but as she wrestles with a methodology to bring the payoff file to the public’s attention, she inadvertently becomes involved with incidents having international ramifications. Thrust into an unfamiliar arena, she discovers that her formula for identifying trustworthy individuals is far from perfect. In a world where the ends justify the means, black hats can cover halos and white hats can cover horns. 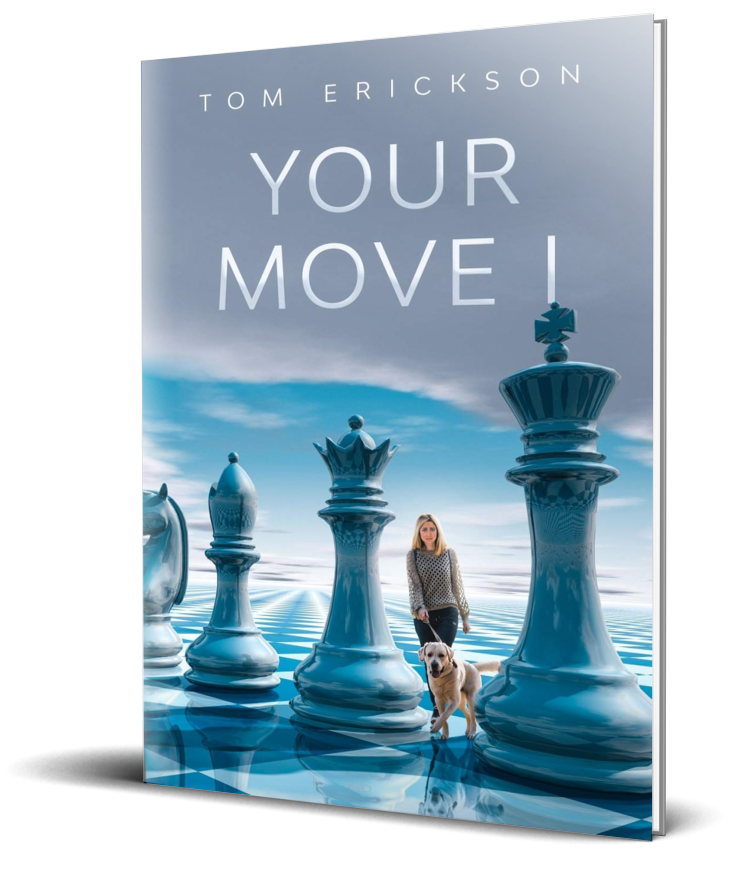 Confucius says a book without a satisfying ending is a text with a missing chapter. Confucius also says a wise man knows his limitations. In this instance, Confucius might agree that another book— not a missing chapter—is needed to resolve most of the issues raised in Your Move I.